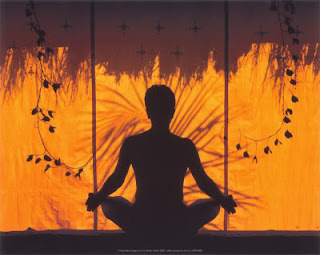 As part of the South Bronx Food Co-op’s mission to empower locals on healthy eating habits and better their health, yoga is provided 3 times a week. So not only are you benefiting your body but you are also doing some good for your mind.

Most people think of yoga as simply sitting in a lotus and chanting mantra but it is more than that. The word itself means “union” in Sanskrit, the language of ancient India and that union is that of the mind, body and spirit. Yoga has a rich tradition that goes back over 5,000 years and while most of the time it was pretty much confined to the Eastern world but over the last 50-60 years it was slowly introduced to Westerners through people such as Swami Satchitananda who was the opening speaker at Woodstock back in 1969.
According to WebMD, some of the benefits of yoga are:
So that being said, come over to the South Bronx Food Co-op and not only learn how to eat right but also go and participate in one of their yoga classes.
Classes are currently as follows:
Tuesdays at 3:30PM (In Spanish)
Thursdays at 6:30PM (English)
Saturdays at 11:00AM (English)
Suggested donation for yoga classes is $10.00 and all classes are held at:
La Casa de Felicidad
3097 Third Avenue at East 158th street, directly across from the co-op
Facebook Comments
Previous Article

Calling All Poets, Singers and Those Who Love Them