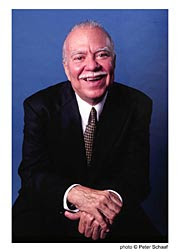 So a few weeks ago it was mentioned that the Melrose Person of 2009 would be revealed and although it is already 19 days into the new year, it is better late than ever.
When I first started this blog, its goal was to focus not only on Melrose but its surrounding neighborhoods as well and in that spirit of our mission I am happy as well as proud to announce that the Melrose Person of the Year for 2009 is none other than Dr. Richard Izquierdo, MD, founder of the San Juan Health Center in 1967, located in neighboring Hunts Point and was opened as a response to the lack of access to health care outside of the emergency rooms of local hospitals in this predominantly Latino community – and still to this day is the ONLY health care provider within its catchment.  Dr. Izquierdo, having recently celebrated his 80th birthday, is still quite active in the community and you would never guess his age with his tireless energy.

Dr. Richard Izquierdo was born in East Harlem in 1929 to a Puerto Rican couple who were one of New York City’s first “bodegueros” or bodega owners.  A graduate of James Monroe High School in The Bronx and Long Island University.  After a brief stay at the University of Puerto Rico, he decided to go to Europe and attend the University of Madrid Medical School and while at the University of Madrid, Dr. Izquierdo also enrolled at University of Lausanne Medical School in Switzerland where he later graduated in 1957.  After graduation he came back home to The Bronx and completed his residency and internship at the old Fordham Hospital and shortly thereafter in 1967, the San Juan Health Center opened its doors in 1967.
Seven years after the founding of the San Juan Health Center, Dr Izquierdo (affectionately known by all as simply Doc) decided that the clinic was not enough to combat his community’s declining health and Urban Health Plan, Inc was born.  This HMO-style practice offered an alternative to the thousands of residents of the South Bronx who never went to the doctor until it was too late – even for simple things that could have been prevented had routine visits to a medical provider been made.  36 years later, UHP now serves over 33,000 patients accounting for 180,000 visits through a network which has evolved over the last 3 1/2 decades into five school-based health centers known as SBHCs, which serve children, teens , two homeless shelters, and 3 satellite health centers.  In 2001 a new 37,000 square foot, state-of-the-art facility was opened to further improve access to quality health care to residents of the South Bronx particularly in the Hunts Point area.
But Dr. Izquierdo’s journey does not end there.  The last few years have been very active and in December of 2009 his efforts continued to pay off for the community which he so much loves as evident through his selfless pursuits.  Although a new 37,000 square foot facility was built back in 2001, almost 9 years after it opened there is even a greater need for more space as the community continues to grow and evolve.  On December 9, 2009, UHP’s President and Chief Executive Officer Paloma Hernandez was at the White House when President Barack Obama announced that Urban Health Plan, Inc. was the recipient of a $12,000,000 American Recovery and Reinvestment Grant.  This grant is part of President Obama’s plan to support major construction and renovation projects at 85 community health centers nationwide and the fact that it went to UHP out of thousands of clinics across the nation shows that even at the highest levels of government, Dr. Richard Izquierdo’s vision is recognized and respected.
According to Paloma Izquierdo-Hernandez, President and CEO of Urban Health Plan, Inc as well as daughter of Dr. Izquierdo, “We have been bursting at the seams for some time.”  With this $12 million grant, UHP can now expand with an additional 53,000 square foot building and will increase the number exam rooms from 55 to 169, 20 dental operatories from just 4 and increase the number of patients treated by 29,663 – a remarkable feat unto itself. In addition to all these wonderful services it will also provide an economic boost the area with the creation jobs. UHP is the largest employer in it’s zip code.
Also in December 2009, the NYS Board of Regents approved the Dr. Richard Izquierdo Health and Science Charter School.  The concept of the charter school is revolutionary in scope – upon graduation, students will be graduating with advanced Regents diplomas, the highest High School diploma possible in the State of New York, and as certified EMTs.  The school is scheduled to open its doors on September 7, 2010 and will begin with 100 students starting in grade 6 and eventually will provide quality education to approximately 700 students when the school reaches its capacity.  Each year will add a grade and a 100 students to achieve that capacity.
Along with the usual English, History and Mathematics courses, students will be challenged in such subjects such as multiple science courses, Latin, and dance or martial arts. Once at capacity, the school will offer an extensive after-school program featuring boys and girls baseball and basketball teams and an arts program including music, drama and film.
Urban Health Plan, Inc is the institutional partner of the charter school and is providing support to create an enhanced health and science curriculum, “and create and effective career educational model” according to the press release for the charter school.  With UHP’s support as well as the academic leadership, the Dr. Richard Izquierdo Health and Science Charter School will give a major boost to the South Bronx’s educational credentials and creating a bright, young future for tomorrow.
All of the things mentioned in this entry today is why I strongly feel that the Melrose Person of the Year for 2009 is Dr. Richard Izquierdo.  A son of the South Bronx who still lives in the community in which he has served throughout all these decades selflessly.  As he once told me while catching up on the phone one day, “Once I’m done with one project the wheels are already turning for the next one. In fact the first phase is already planned.  As long as I can, I will continue to do what I can for the community.”
A big Melrose THANK YOU to Dr. Richard Izquierdo for all that he has done and continues to do for the health of Hunts Point, Mott Haven, Melrose and the rest of the South Bronx.  Afterall…it’s no wonder he was Supreme Court Justice, Sonia Sotomayor‘s doctor as well as Bronx Boro President, Ruben Diaz, Jr and Dr. Richard Carmona, former Surgeon General of the United States – everyone KNEW he was the family doc…the doc of the community…OUR DOC. 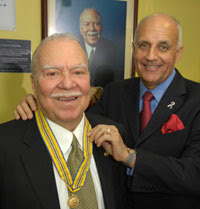 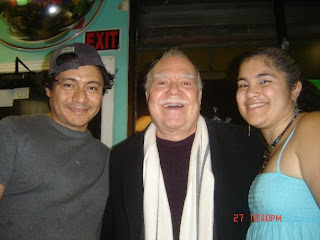 All other images are courtesy of http://www.urbanhealthplan.org
Facebook Comments
Previous Article

Picture of the Day - Melrose Rising