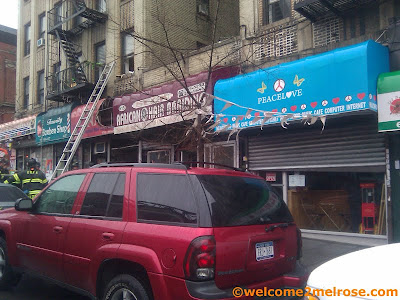 Shortly before 1pm Tuesday afternoon, a fire broke out inside Queen’s Nails Salon at 615-619 Melrose Avenue, destroying Family Barber Shop as well as Seck African Hair Branding stopping just short of PeaceLove Café.  Owners of the nail salon who have been there for 12 years said that the fire started in the ceiling at the entrance to the store.

The damage also extended to the apartment above Queen’s Nails as firefighters broke through walls to contain the fire.

Employees of Family Barber Shop which has stood in the community for almost 20 years expressed concern for employment during these tough economic times.

According to officials of the FDNY, the fire was labeled an accident and not suspicious, however, firefighters on the scene blamed faulty wiring.  A representative for Stellar Management who was on the scene to assess the damage refused to comment when questioned on the situation and the building’s superintendent became aggressive, shouted expletives and was confrontational.  Commercial tenants have also expressed concerns with the layers of wirings that management has let accumulate over the years as businesses closed and opened.  A representative from the NYFD told the building’s manager that, “now may be a good time to properly wire the commercial spaces to prevent something like this happening in the future.”


No injuries were reported by the fire department.

Reporting live from the Village of Melrose, 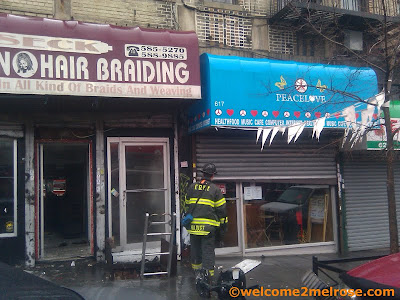 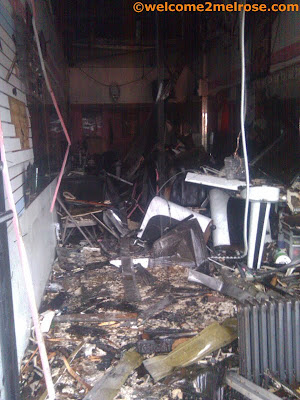 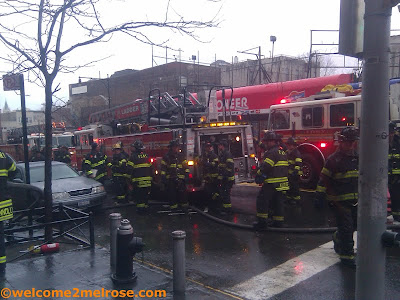 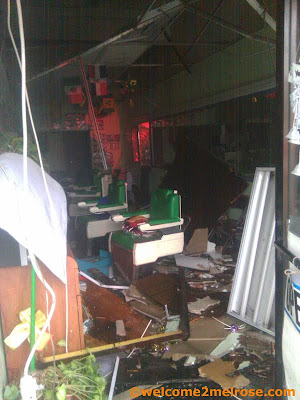 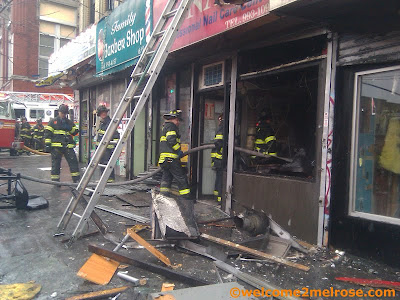 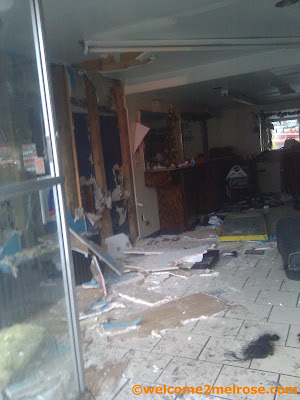 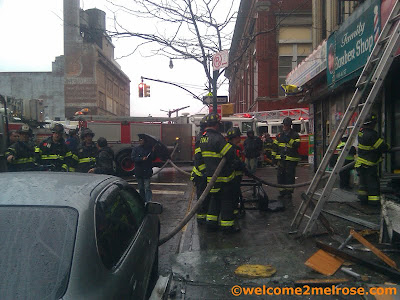 State of the Borough Address - SUSPENDED DUE TO INCLEMENT WEATHER