The following is a series written by Diego Robayo of the Historic District Council which profiles Bronx community leaders who have contributed to our history and will be published here on Welcome2TheBronx.

Before buying his own house in Longwood, Bronx, in 2013, Dondi McKellar was evicted from Washington Heights in 2010 due to increasing rent prices. After thirteen years living in Washington Heights, his tenancy was threatened by the arrival of more affluent people.

Nobody likes to be treated without dignity, and landlords sometimes capitalize on this fact to evict long-time residents, which is what happened to Dondi. In the last years he lived in Washington Heights, the superintendent of his building suddenly became apathetic, and would occasionally break into his apartment. 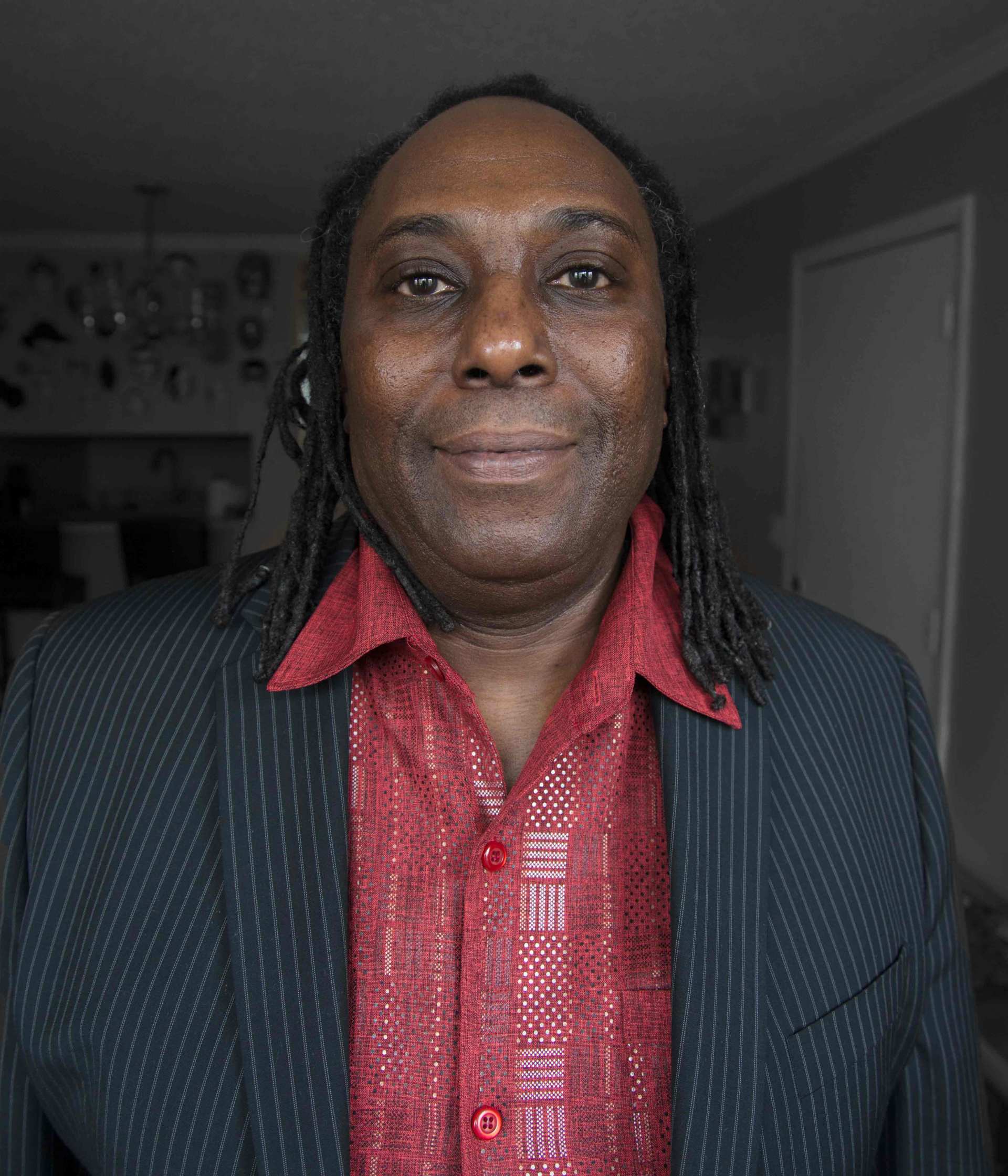 This hostile practice and increasing rent prices forced him go back to Lumberton, his hometown in North Carolina.

Dondi’s bond with New York City was physically broken but it remained strong in his heart. His connection with this city was nurtured since he was a child, as he idolized New York as a place where people from different backgrounds, ethnicities, preferences coexist peacefully, and find relief from previous bad experiences.

From a very young age, Dondi knew he was gay, and he didn’t see favorable prospects for his existence in a conservative town in North Carolina. On the contrary, he regarded New York City as an inclusive and fascinating place to live.

As he grew older, he knew he wanted to serve in the military, following the steps of his father and some of his brothers. His sexual inclination did not stop him from pursuing this desire, and he served in the Navy in 1981, when he was 19 years old until 1985.

During his time in the military, he remained loyal to his nature, and never tried to hide his sexual orientation. This unfortunately created confrontations with some of his fellow Marines, some of whom tried to beat him up.

In the end , these tough situations inside the USS Boulder gave him the resiliency to overcome challenging circumstances after his military service.

Dondi settled in Harlem in 1985, after finishing his active military service. He went through several corporate jobs that never lasted, because his personality didn’t submit to corporate expectations.

He tired of stooping to authority, and was outspoken every time someone interfered with his job.

His first job was at an engineering firm digitizing information, and one day, a supervisor went to his working area and asked “How is everything going?” Dondi blatantly replied “It’s going well, but it would be better if you let me do my work.”

This kind of unabashed reactions didn’t allow him to keep jobs for long. Later on, he realized that this behavior was being triggered by a post-traumatic stress disorder from the time he served in the military.

Some nights, Dondi would wake up hitting the walls and punching the air. His emotional distress got to a point where he needed an emotional outlet. He turned to his two older brothers and told them that he was sexually assaulted when he was doing his military service. They recommended that he see a veteran therapist.

When he started therapy, he had already moved to Washington Heights from Harlem. His therapist not only helped him find emotional stability but also recommended a new approach for his professional life. She told him that veterans are entitled to licenses to operate vending carts.

He didn’t think of this idea for very long before he decided to do it, and before he knew it, was in the streets of SOHO selling garments.

He didn’t vend in Washington Heights because he doesn’t speak Spanish. Besides, SOHO is one the busiest areas in NYC.

Thousands of people were walking by his vending stand, and he was making a decent amount of money there. His prosperity caught the attention of store owners and other street vendors, who would occasionally use unscrupulous tactics to hold Dondi back from prospering.

In the case of street vendors in SOHO, as explained by Dondi, store owners would sometimes call the police on them, believing that street vendors should not be operating because they don’t have the same economic expenses as them.

In addition to this, when he was a street vendor in SOHO, his fellow street vendors sometimes would throw his products on the ground . To Dondi, it was easy to put up with these situations. His experience inside the USS Boulder with other marines trying to beat him up gave him the confidence to handle any situation.

Sometimes, after an entire day vending in SOHO, Dondi would return to his home in Washington Heights to find out that the superintendent of his building had broken into his apartment. Some of his belongings were randomly placed around, indicating that someone had been inside.

At that time, the neighborhood was rapidly changing. Affluent newcomers were arriving and homeowners wanted to capitalize on this. This demographic change shaped the character of Washington Heights once again.

Over the summer of 2015, a whole block of Latino-owned storefronts in Washington Heights was evicted, Fox News reported. Latino-owned businesses have been particularly vulnerable to this situation.

Margot, a restaurant that catered to the Dominican population, closed its doors in 2015 due to increasing rent prices. It had been open for 26 years before it shut down.

Dondi, as well, was eventually priced out of Washington Heights, and not being able to afford somewhere else in New York, he had to go to his hometown in North Carolina.

When Dondi told his two brothers that he was sexually assaulted in the military, he was encouraged to start a complaint with the military. Dondi started this process but the response from the military was that he should have complained at the time the incident happened. Dondi did not complain because if he had done so, he would have been expelled from the military.

In 1950, President Harry Truman signed a legislation to create the Uniform Code of Military Justice, which in its article 125 forbade sodomy. If Dondi had complained about his incident at the time it happened, he probably would have been deposed from his position.

Subsequent to the Uniform Code of Military, another legislation that didn’t facilitate Dondi’s situation came about. In 1993, President Bill Clinton signed the Don’t Ask, Don’t Tell law, which lifted the ban on homosexual service, but kept a statutory ban.

It wasn’t until the United States experienced one of its most significant advancements towards progressive ideals by electing Barack Obama as President that Dondi’s fate started to change. In 2010 Barack Obama enacted a law allowing people in the military to be open about their sexuality.

Soon after, Dondi received an economic compensation from the military, which granted him the possibility to go back to New York City.

The remembrance of a particular venue called the Paradise Garage, of which he was a regular habitué, prompted him to move back to New York City right away.

This place represented everything that he cherished about New York. Its devotees were mainly African-American gay men, and was one of the most iconic clubs in New York City. It functioned between 1977 and 1987, and Dondi was an official member.

“The energy level of this place was off the scale and the music was life changing,” he described.

Dondi moved back to New York City in 2013, after having lived in North Carolina since 2010, this time determined to buy his own property. With the military compensation, he purchased a 3 story home in Longwood, The Bronx, where he has been living a pleasant life ever since.

Having experienced what can happen to tenants who are unable to keep up with rent prices, Dondi’s ideals of New York are now more down-to-earth. To him, this city still is the perfect place for him to be who he truly is, but it is also the city that doesn’t tolerate people who can’t meet the increasing economic standards for a decent life.

“Gentrification is a looming reality that pressures a community to the breaking point. But the power of our community and its diverse cultures, exhibited through food and the arts in a public safe place, bringing us together, is transformative. It empowers us to advocate for ourselves while celebrating and documenting our living histories. Safety and health in the workplace, in the city streets, and in our homes with opportunities and tools for economic and environmental justice and well-being, pick up our community,” said Dondi.

Diego Robayo is a historic preservation advocate and works for the Historic Districts Council as the Spanish Language Fellow. He is a strong believer that the history and identity of all cultural groups should be acknowledged in order to advance social development. He has documented life in The Bronx and other outer boroughs through photographs and interviews. He received a scholarship to start a graduate program at Columbia University, which gave him a broad perspective on how to make cultural research and preservation.