Since 1980, The Bronx’s population has grown by 36% to just below the historic high set in 1970 regaining the population lost during decades of disinvestment during the burning years.

This growth has been fueled by immigrants who have more than doubled in our borough since 1980 helping create one of the most diverse counties in the country.

Immigrants are also half the workforce here as well as representing 60% of entrepreneurs who identify as self-employed.

According to New York State Comptroller Thomas DiNapoli, “…The Bronx is setting records for population, business, and job growth.” during a press release highlighting a lot of important statistical data on our once forgotten borough. 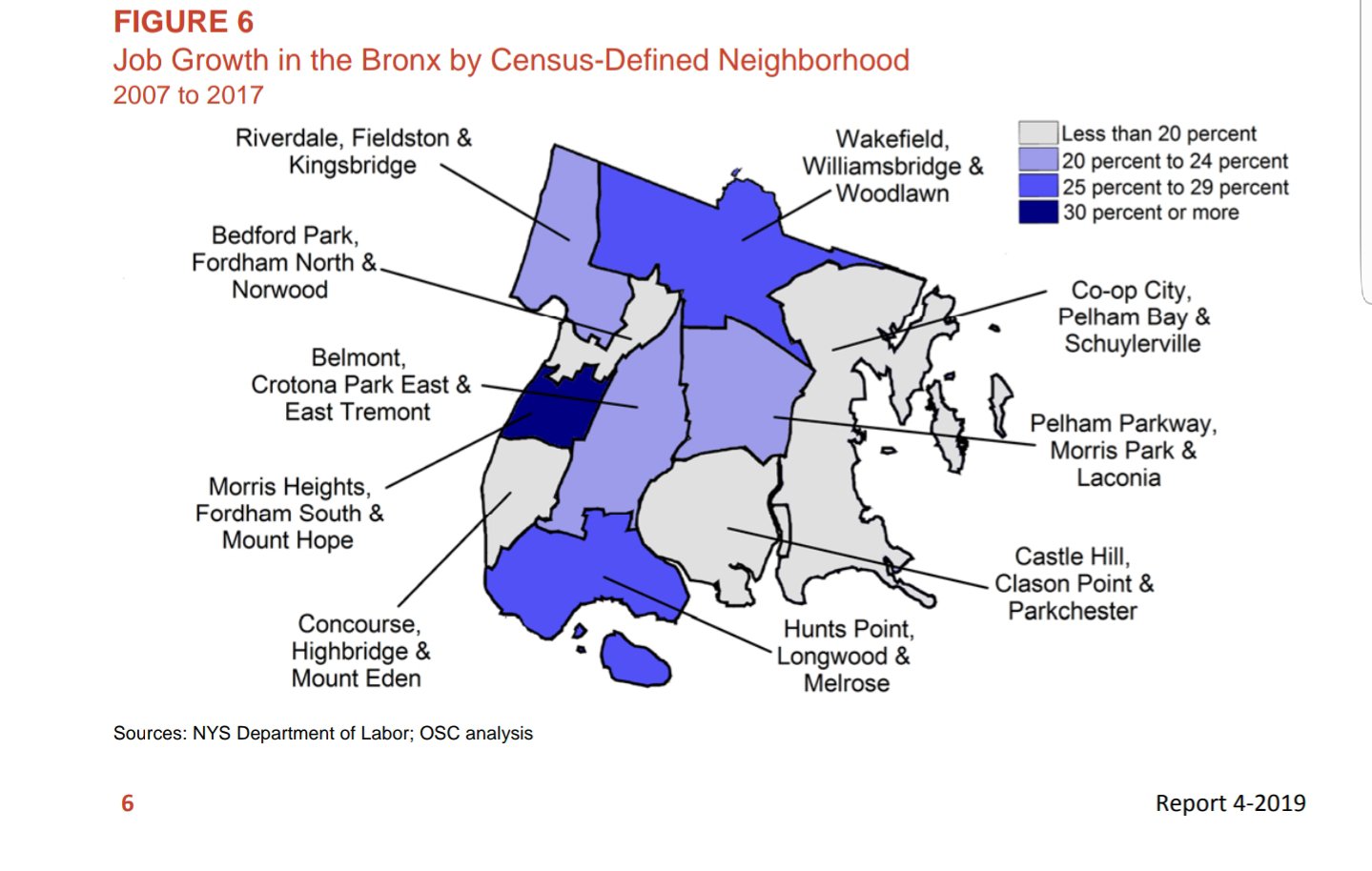 Some highlights from the report include:

The report also highlights that despite such major gains, The Bronx still has a long way to go.

We are still have the lowest median income in NYC and the highest percentage of peopleliving in poverty.

Despite the economic gains we still have the highest unemployment rate in the city as well.

“The Bronx has made great progress and has come a long way,” DiNapoli said. “It has set employment records for ten consecutive years. However, too many residents remain in poverty, unemployment is particularly high among the borough’s youth, and affordable housing is a big concern. I hope this report provides the borough’s elected officials, business community and social service providers with helpful information as they work to continue The Bronx’s revival.”

A lot of this growth is a testament to the people of the Bronx and their resiliency.

Take a look at the full report (pdf file).

WATCH: Shop for Food on Arthur Avenue Like an Italian