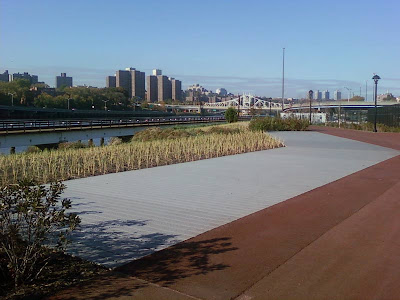 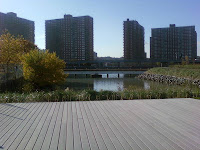 With the opening of Mill Pond Park, residents in Melrose and the Lower Concourse area finally get a taste of what Manhattanites have taken for granted for years – A waterfront park.  Mill Pond Park is the first in what will eventually (hopefully) be a series of parks along the banks of the Harlem River in the South Bronx. 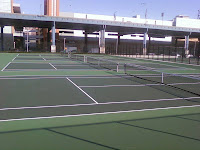 The 10 acre park features 16 DecoTurf tennis courts, picnic and grass areas, beautifully landscaped paths which meander along the shoreline and even a sandy play area.  This month, the Parks Department will also unveil the newly restored historic Power House which will be LEED certified and will have a green roof as well as house a future café.  The 25,800 square foot building will also house Parks Department operations and tennis court locker rooms. 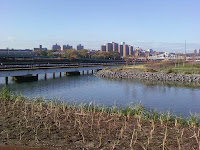 Mill Pond Park is part of the Yankee Stadium Redevelopment Program and is the first park to be unveiled since the construction of the New Yankee Stadium gobbled up local parkland.  The park is a small step in giving back to the community…a tiny one in fact but a step nonetheless.  Maybe we can convince them to more than double the size of Mill Pond Park by developing the Harlem River Parking Lots and Major Deegan Parking lot to the North of the park…after all, wasn’t the purpose of building the $92 million Yankee Stadium Metro North Station to have less cars in the areas and more people using mass transit?


So what are you waiting for?  Go visit Mill Pond Park located at East 149th Street and the Harlem River, just north of the 145th Street bridge and across from the Gateway Mall. 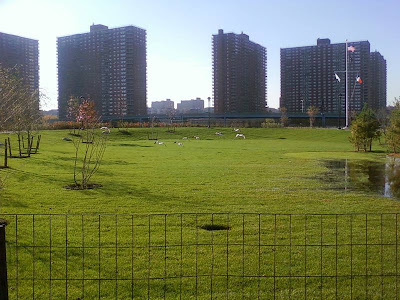 Seagulls and Canadian Geese enjoying the grassy area which is fenced off for now. 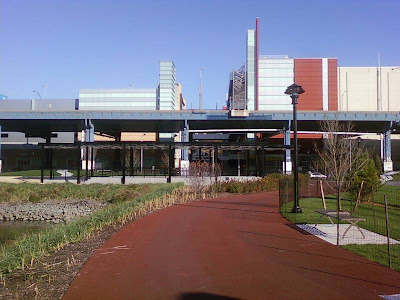 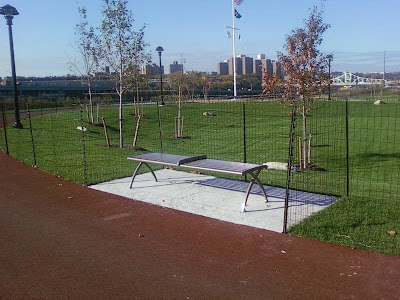 Sit down and relax a bit 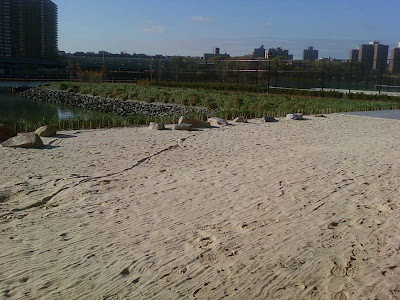 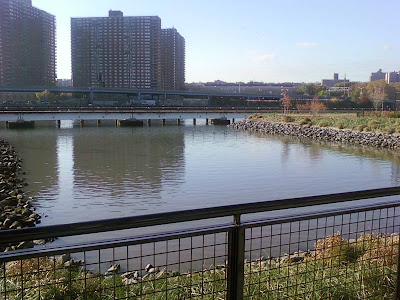 One of the many inlets 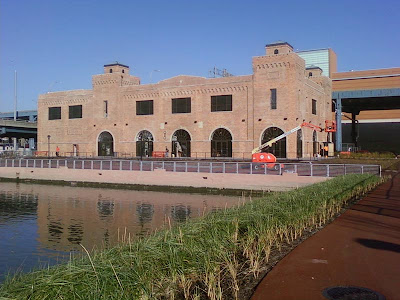 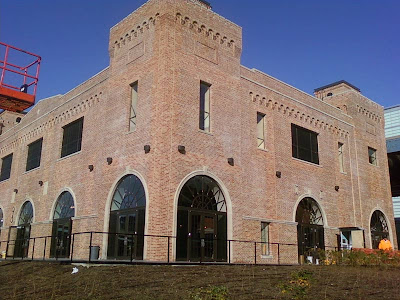 Up close shot of the historic Power House 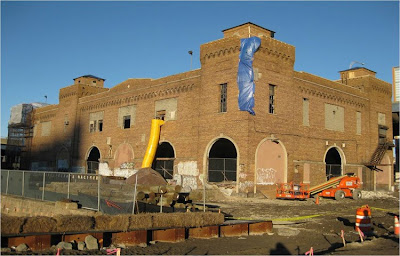 ANTHEM: an all-american dystopia - An Evening of Art, Artists, Wine and Coquito