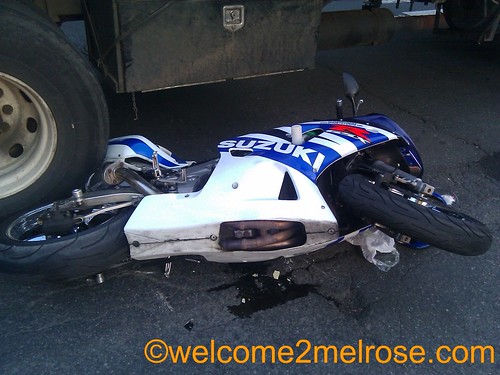 Paramedics as well as police from the 40th precinct raced to the intersection of Third Avenue and East 158th Street responding to an accident involving a motorcyclist and a medium sized construction crane truck.


Witnesses say that the biker had the right of way as he was on East 158th Street crossing Third Avenue when the truck sped by causing the motorcyclist to crash into the truck and slide underneath.  I myself was at the South Bronx Food Cooperative and saw the accident as it happened.


“The truck driver definitely ran the light, the motorcycle had the right of way,” said local resident, Michelle Smith who witnessed the accident.  Another witness who wished to remain anonymous agreed with Ms. Smith and said that the trucker ran the light.


The driver of the truck, who only identified himself as “Jimmy D” of ProBuild said, “The only statement that I want to give is that I’m glad he’s alive,” as he referred to victim.


The victim, who was unidentified, was taken to Lincoln Hospital and paramedics on the scene said that he is in pain with a possible fracture to his arm but in stable condition.


Reporting LIVE from the scene, 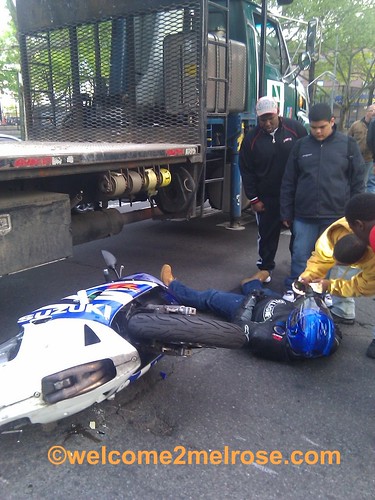 Witnesses and passerbys assist the victim and call 911. 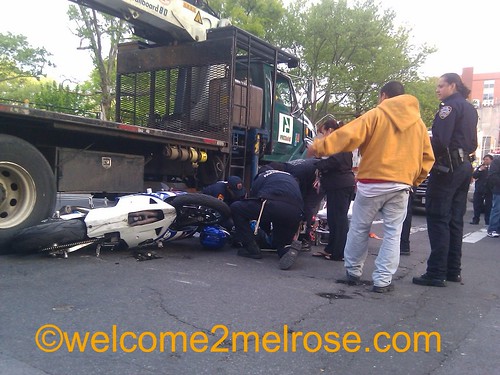 Paramedics lifting victim onto a strecher. 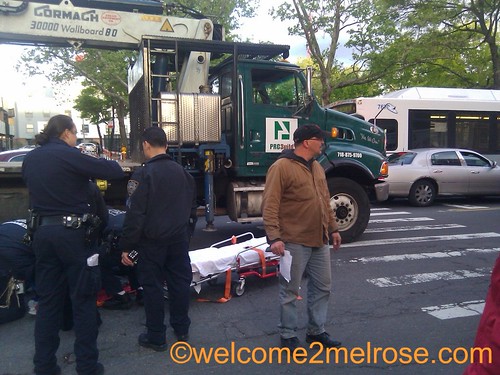 “Jimmy D”, of ProBuild who was driving the truck at the time
of the accident gazes into the distance. 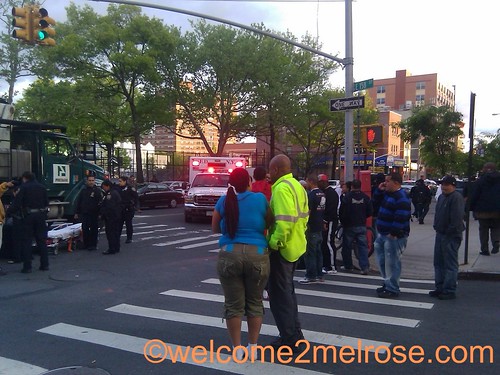 Witnesses and onlookers gathered as the paramedics arrived on the scene.
Facebook Comments
Previous Article

A Neighborhood Unites to Protect One of Its Own

A Community Saves A Local Restaurant From Eviction