Today, January 19th marks an important day for me and perhaps many other Bronxites. It is the one year anniversary of the opening exhibition Seis Del Sur: Dispatches from Home by Six Nuyorican Photographers.

The story of the South Bronx —the ‘Burning’ Bronx was finally told through the eyes of our own people. 6 men who lived through it, experienced it first hand rather than someone who may have just barely set foot on our soil to snap some exploitative photographs or worse yet; never at all.

This exhibition, which ran for 6 weeks into March of last year, had weekly screenings and panel discussions which were standing room only, much like the opening reception where people had to wait outside because it was so packed to get in.

If i learned anything during that exhibition it’s this: The importance of a community to be able to tell its own story.

We have countless examples of outsiders coming in to many disadvantaged neighborhoods and preying on the strife of the locals for their own personal gain.

This is not to discredit in no way shape or form the majority of intrepid journalists who do tell the stories of a community with integrity and respect but simply that we have to remain vigilant about the stories being shaped and formed about us.

In many ways it is the reason I started blogging over four years ago: Most of the mainstream media rarely covered the successes of the South Bronx and the Bronx in general. We were ignored and only had a spotlight cast down upon us when tragedy struck —as if bad things were endemic to the Bronx.

Below is the story I originally published in Welcome2Melrose on the opening reception. 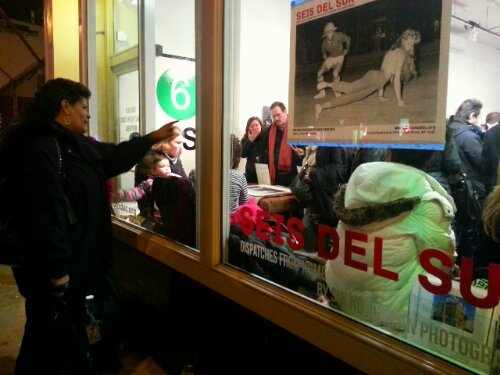 I was born in the old Lincoln Hospital on the first day of spring back in March of 1975 to two transplants from the island of Puerto Rico. As many of their compatriots, they came in search of a better life on the mainland and settled in the South Bronx.

The Bronx was already burning.

Up until I was 7, we lived on Tinton Avenue just south of 149th Street where a couple of buildings on either side of the block (as well as a few old row houses) were the only signs of life. The remainder of the block was like any other in the South Bronx – lifeless in the burnt out or abandoned buildings save for the children (or some unsavory folks) running through the cavernous void left behind by the former families who occupied the these dwellings. 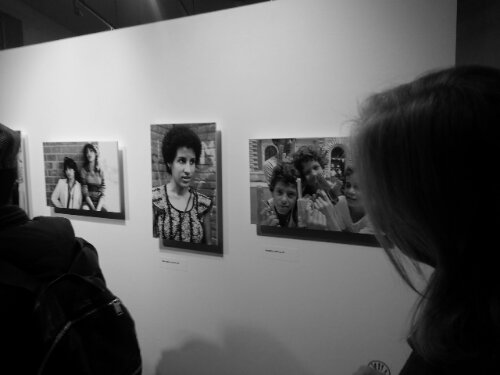 Abandoned cars, rubble strewn lots, mattresses and open fire hydrants, or la pompa as we would call them in Spanish, were our playground equipment but we were innocent and didn’t think twice about it. It was normal.

That was a part of my story that came alive this weekend.

Saturday, the Bronx had a family reunion of sorts. We met at the Bronx Documentary Center to celebrate the opening of Seis Del Sur: Dispatches from Home by Six Nuyorican Photographers which transported us back to the Bronx of the 70s and 80s. A time where many would say we lost our innocence, yet a time where innocence danced and played as if all were well in the world. Los Seis reopened a chapter in our family album for the first time as one collection for all to see.  Sure, there have been photography exhibits where the trials tribulations of the South Bronx of the 70s and 80s were on display but it was mostly by those from the outside looking in. This time it’s different. Our own brothers and neighbors, men who not only documented it but lived it sharing their story, their journey, our lives. 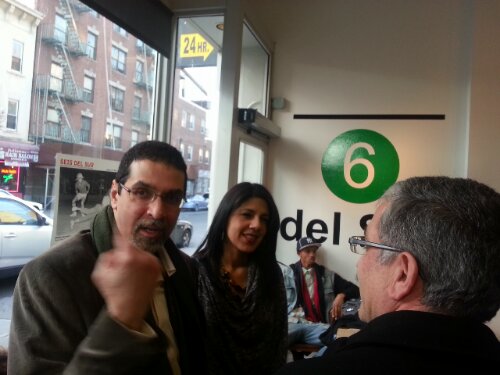 Something magical happened in the Melrose neighborhood of the South Bronx on Saturday, something that is quite difficult to put into words but I’ll try and do my best. I don’t think we were quite prepared for the overwhelming emotions running amongst us for it wasn’t just the photographs we were experiencing but ourselves. In many ways the evening was a living, breathing exhibition of us as a family come together to reminisce of days gone by finally done on our terms by our own.

It was an evening filled with hugs and kisses and joyous reunions with a hint of respect to those dearly departed that were walking with us in spirit. 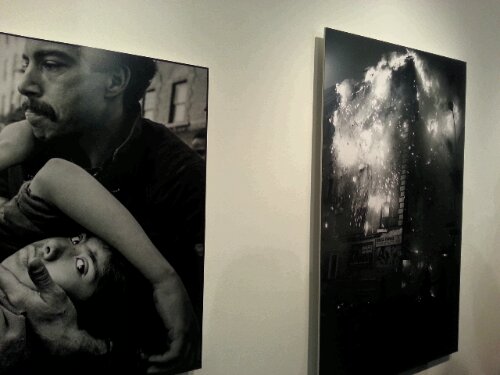 One of the most beautiful moments was when the NYPD and local FDNY came for a few minutes to look at the history that they were a part of as well. There was no us or them for that moment but a we. That is the power of photography and places such as the Bronx Documentary Center: It levels the playing field and forces us to connect rather than disconnect. 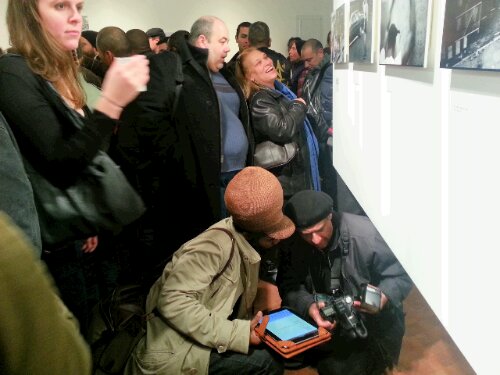 The hundreds and hundreds that came packed the Bronx Documentary Center where it was standing room only with dozens more waiting outside to get in. The smell of empanadas and arroz con gandules permeated the air as much as the energy did. It was a fitting meal served casually as if we were in our own living room. The collection of photographs showed the burning Bronx that I remembered: the one filled with family, friends and good times – that was the real burning, one of passion.

We may have been abandoned by our civic leaders, landlords and businesses during those times but instead of total and utter collapse, we carried on and became the leaders we needed. This is one of the many stories you see in the portraits by Los Seis.

Thank you to Los Seis, for sharing their journey and our story with us and the world. It was great running into so many people from all walks of life, from Riverdale and the North Bronx and all across the South Bronx they came – as well as from beyond our borough. Even our former Borough President Fernando Ferrer came and celebrated with us as well as Afrika Bambaataa, the Amen Ra of Universal Hip Hop Culture, Lisa Kahane, a contemporary of Los Seis who also shot the scenes from those decades and author of Do Not Give Way to Evil: Photographs of the South Bronx 1979-1987.

The show will run until March so you have time to get over to the BDC and absorb this wonderful journey. Stay tuned with the Bronx Documentary Center for programming events centering around the exhibit. 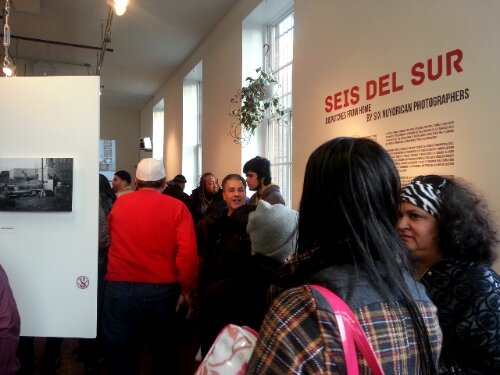 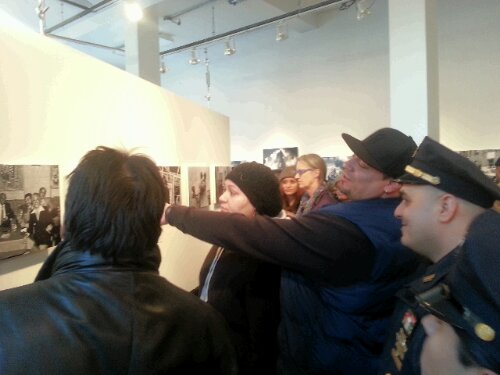 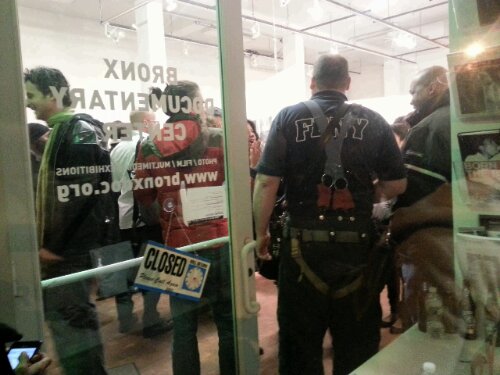 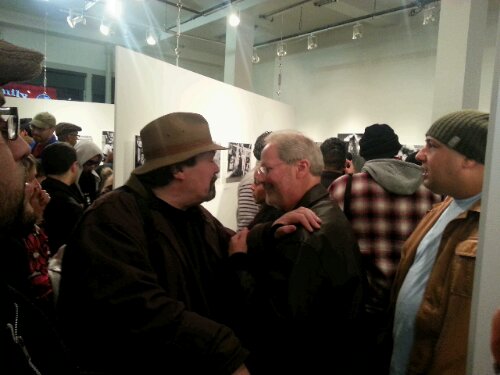 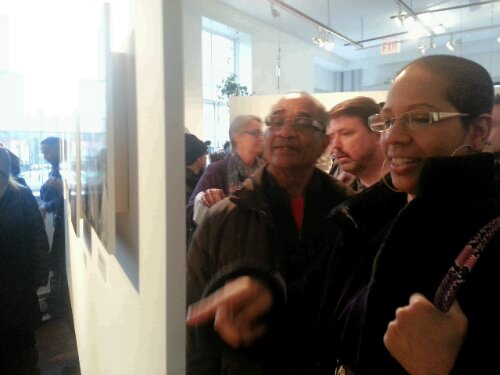 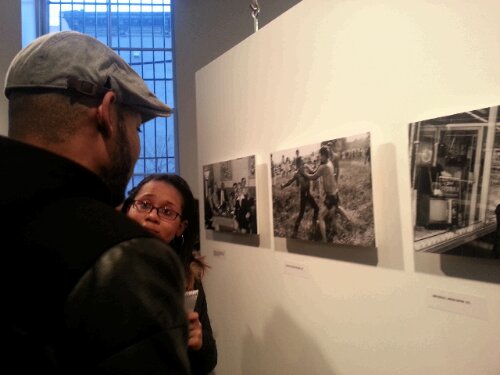 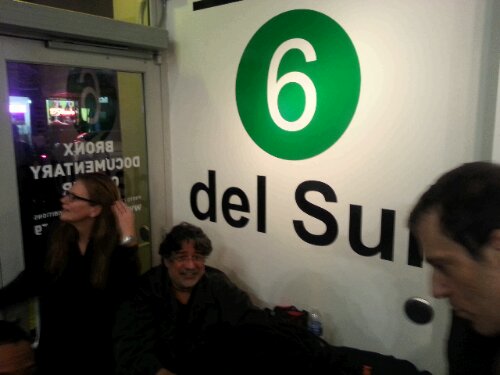 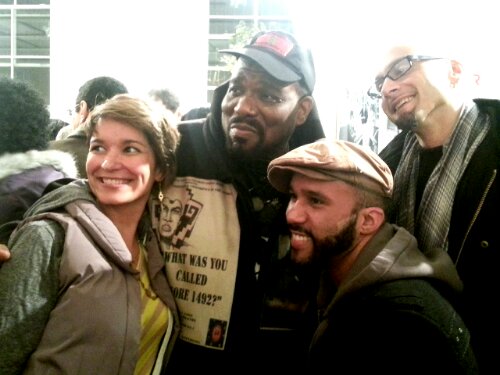 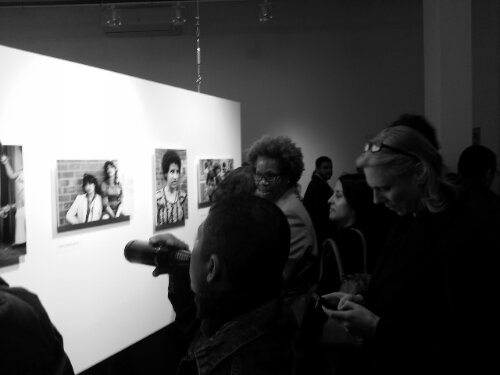 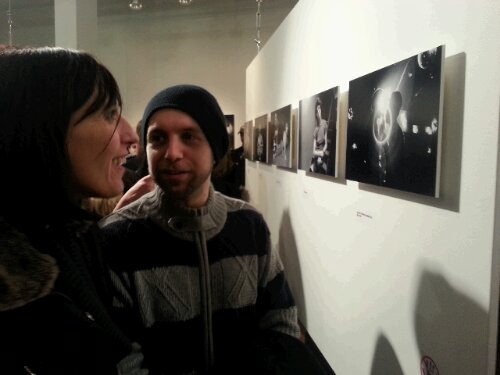 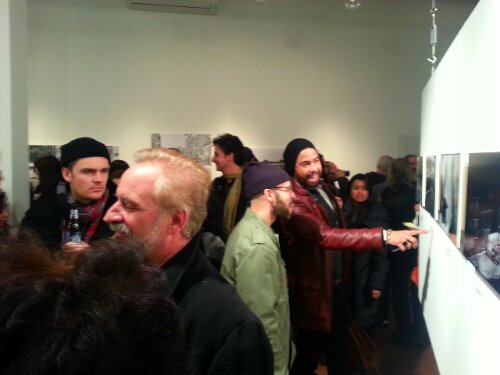 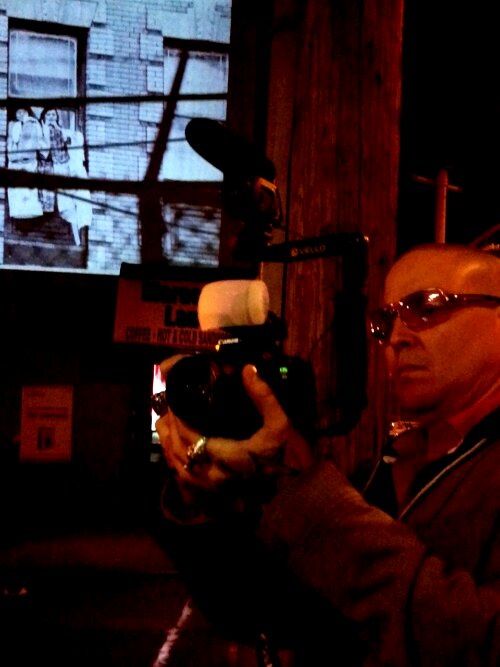 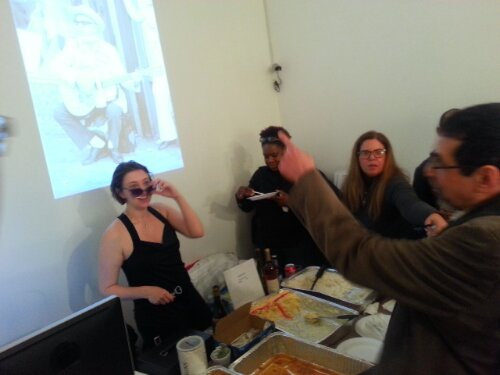